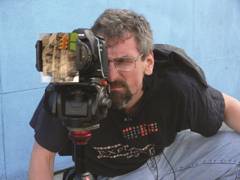 Arthur has over 15 years of experience as a line producer, producer, and director. He recently wrote and directed the sci-fi feature Found In Time. It won Best Feature at the Art of Brooklyn Film Festival, Best Sci-Fi Feature at the Shriekfest, ShockerFest, Intendence, and Phoenix Comic-con festivals, and is an official selection at 17 others, including Boston Sci-Fi, International Horror/Sci-Fi, Imagine Fantastic (Netherlands), NewFilmmakers NY, and GenCon. The film is being distributed domestically by Green Apple Entertainment, and is licensed to TomCat Films for foreign distribution.

Arthur’s first feature, Caleb’s Door, is available on DVD and VOD. His shorts The Prayer Tree, Matter, Mornir/Mornen, and Secret Language have screened at various festivals and art venues, in New York, Texas, Los Angeles, and in Europe.

Arthur is the founder of Chaotic Sequence Inc., which focuses on producing projects and developing software for filmmakers. To date the company has produced Found In Time, and managed several shorts and other projects.

Arthur has also worked in just about every department, for ABC, NBC, BBC America, MSNBC, the Knitting Factory, Nickelodeon, and various production companies. He holds a B.F.A. in Film/Television Production from NYU. 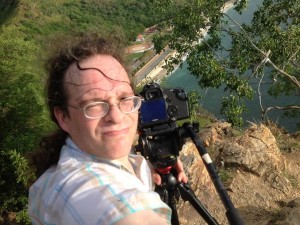 Along with shooting the musical Life of an Actress (dir. Paul Chau), featuring Orfeh, Allison Case, and Bart Shatto, Ben Wolf shot several documentaries in 2013 and 2014. The six-hour road movie on all the towns in the U.S. called ‘Amsterdam,’ Amsterdam Stories USA (dirs: Rob Rombout and Rogier van Eck), won awards in Portugal and Serbia and was televised in several European countries. Deceptive Practice (dirs: Molly Bernstein and Alan Edelstein), a film on the magician Ricky Jay, screened throughout the U.S. via distributor Kino Lorber. Food Chains (dir. Sanjay Rawal) premiered at the Berlin Film Festival and is out now in theaters. Invitation to Dance (dir. Christian von Tippelskirch and Simi Linton) premiered at the Santa Barbara Film Festival. Arthur Vincie’s lo-fi sci-fi film Found In Time and Shoja Azari’s Venice Biennale entry The King of Black filled out the year.

Ben’s other credits include Gold Mountain (Student Academy Award, Best Cinematography), Lustre starring Victor Argo, The Young Girl and The Monsoon starring Terry Kinney and Diane Venora, and Requiem for Kosova (official selection at over forty film festivals around the globe, and winner of several awards). Ben has shot documentaries, corporate projects, and narrative shorts and features in Sarajevo, China, India, and, most recently, in Malaysia and East Timor.

Daniel Loewenthal is a feature film editor who has worked in New York, Los Angeles and on location in many different countries. He’s worked for major film studios (Paramount, Orion, Turner Productions) and independent producers alike. He has over 40 feature film and long form documentary credits. Since the 80’s he’s edited action films, independent films, music videos, commercials, infomercials, corporate videos and pieces for museum art installations. Many of the pictures Mr. Loewenthal edited had major box office and film festival success (Sundance, Palm Springs, Cannes). His credits include My Life as an Actress, Good Friday, Found In Time, Offliners, The Cutting Edge, Voices in Wartime, The Music in You, Missing in Action, Stephen King’s Silver Bullet, Friday the 13th Part IV, Cadillac Ranch, Red Scorpion, and many others.

Hard Choices, an independent film edited by Mr. Loewenthal, was touted as a ’10 best of the year’ pick by major film critics. Presently, Mr. Loewenthal divides his time between teaching film editing at Montclair State University and Hofstra University; producing and directing documentaries, corporate videos and commercials; editing independent films; and working on his own media projects.

Quentin Chiappetta enjoys an unusually broad career as a composer, sound designer, mixer, and recording engineer. He received his formal training at the Eastman School of Music, where he received a bachelor’s degree in composition. After moving to New York, Quentin quickly established himself as an innovative and versatile creative partner for a wide variety of artistic endeavors, from nationally syndicated television shows to independent films and documentaries to musical works accompanying theater and modern dance performances.

Quentin’s music and sound design works have been heard in over 50 feature films at major film festivals, including Sundance, the Hamptons, Chicago, Toronto, Austin, South by Southwest, Silverdocs, Redbank, NewDirectors NY, Tribeca, and Berlin. Recent accomplishments include the music, sound design, and mix for Found In Time, which won Best Feature at Art of Brooklyn Film Festival, and Best Sci-Fi Feature at Shriekfest in Los Angeles, and the sound design and mix for 3 Backyards, which won the Best Director award at Sundance in 2010.

Quentin wrote the score, designed the sound, and prepared the final mix for the feature Fall Before Paradise, which was named Best Film at the Director’s View Film Festival. Quentin also wrote the score, created the soundscape, and prepared the final mix for the short Transit, which won the Audience Award in Provincetown and has screened at over 50 festivals. His work has been heard at the Tribeca Film Festival every year since its inception.

His music and sound work have been heard on the Discovery Channel, Bravo, the Sundance Channel, public television stations across the nation, and all the major networks. Recent television projects include scores for A&E’s popular reality shows The First 48 and Detroit SWAT; the Discovery/Times’ Decoding Disaster, for which he created the opening theme music; and the PBS documentary Harold Weston: A Bigger Belief in Beauty, which is part of the permanent collection of the Adirondack Museum in upstate New York.

In the theater world, Quentin has been nominated for a Drama Desk Award for his sound work on 2012’s The Navigator. He was also nominated for a Lucille Lortel Award for his work on the Broadway production of Irena’s Vow. He’s received two Innovative Theater Awards—one for music, one for sound design—for Dan Gordon’s Off-Broadway drama, Murder in the First. He has written music and designed sound for plays by writers including Joyce Carol Oates and David Drake and for many companies from the Director’s Company to the Workshop Theatre.

In 2012, Quentin composed the score for the Museum of Natural History’s video installations by Kevin Burget and Ken Burns celebrating the life of Theodore Roosevelt.

For the past 15 years, Quentin has been the primary engineer and sound designer for the artist Christian Marclay. Their relationship recently culminated with the premiere of Marclay’s groundbreaking 24-hour work, The Clock, for which Marclay won Best Artist at the Venice Biennale. Quentin created a sound/music installation for the new BioMuseo in Panama, which opened in spring 2013. He also worked with artist Elena Rivera on a multi-channel sound/video installation for the 10th anniversary of the 9/11 attacks that premiered at the International Center for Photography.

Quentin has received commissions from many notable New York choreographers including Yvonne Rainer, Stephen Koplowitz, and Mary Anthony. He created a soundscape collage to commemorate the re-opening of the New York Library of the Performing Arts in 2001. He also wrote a score to accompany Koplowitz’s Step Project – a work made for the grand staircases in Manhattan, the Bronx, and Brooklyn seen by 16,000 people. Quentin is the recipient of multiple Meet the Composer grants as well as two American Music Center Commissions. He has taught at Marymount Manhattan College and at the Martha Graham School.

In addition to casting film, Katherine has cast numerous commercials, plays, and musicals. She was the junior casting associate at Binder, casting for several musicals including shows at NY City Center Encores!, Alliance Theatre in Atlanta, the New York Philharmonic, North Shore Music Theatre, and Theatre Under The Stars . Katherine co-founded the production company ABC Film and Video, LLC, where she served as both producer and casting director. She also produced the feature film Exposed (dir. Burke Heffner) and several award-winning shorts. 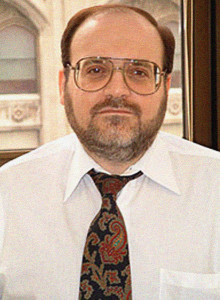 His clients’ projects have appeared theatrically and on network, syndicated, public and cable television and have earned Academy Award nominations, Emmy nominations and awards, Peabody awards, and prizes at major film festivals.

He’s worked on documentaries such as Do I Sound Gay, the critically acclaimed and financially successful Trembling Before G_d (New Yorker Films), the ‘breakdancing’ documentary Planet B-Boy (Elephant Eye Releasing/MTV), the Emmy-Award winning Telling Nicholas, and the Academy Award-nominated Which Way Home and On Tip Toe: Gentle Steps To Freedom.

Mr. Seigel has also served as an attorney for individual writers, producers, and directors, for such narrative features as Twelve, directed by Joel Schumacher (Hannover House); Pete Smalls is Dead, directed by Alexander Rockwell; Repo Chick, directed by Alex Cox; and Love Ranch, directed by Taylor Hackford (E1 Entertainment). He has advised on the life rights for the subjects of such motion picture and television projects as Mad Hot Ballroom; Liz Murray: From Homeless to Harvard; and reality television success The Real Housewives of New York.

He has also advised sales agents, distributors, and licensors of such intellectual property content as fiction and non-fiction motion picture features, television programming, and new media.

Mr. Seigel is a frequent lecturer and panelist on issues concerning the motion picture and television industries at the Practicing Law Institute, New York County Lawyers Association, the Independent Feature Project, New York Women in Film & Television, New York University, the School of Visual Arts, the New School, the Association for Independent Video & Film, the Woodstock Film Festival, the Avignon/New York Film Festival, and at other film, video and television seminars and panels.

He is a contributing editor to Indie Slate and has written many articles for such publications as Filmmaker, Entertainment Law & Finance, International Documentary, Scr(i)pt Magazine, Film Festival Today, and The Benjamin Cardozo Journal of Arts and Entertainment Law. 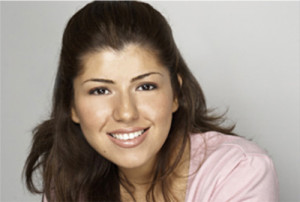